Trying to use an SPWeb object that has been closed or disposed and is no longer valid.

"Trying to use an SPWeb object that has been closed or disposed and is no longer valid" error message is very common amongst developers dealing with the SharePoint object model. Here is how the error looks like: 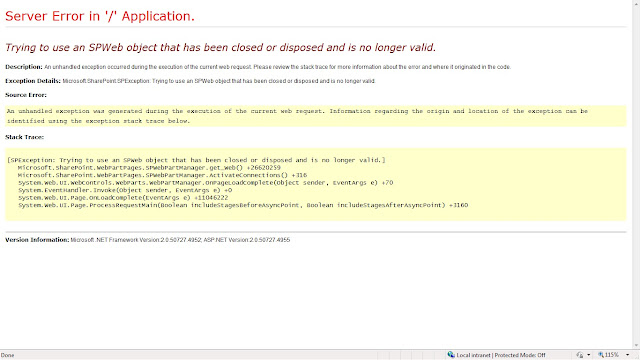 The reason behind this is a silly mistake that developers do, when trying to use the SPSite/SPWeb objects. Here is the bad code that resulted in the error: 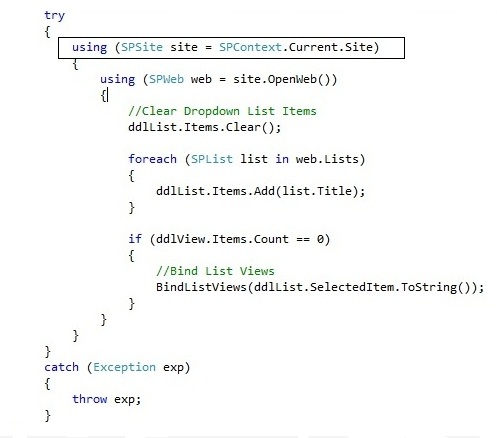 I used the using clause alongwith the SPContext.Current.Site which resulted in this error, it implicilty disposes the SPSite object which should not be done when using the SPContext object. Lets refactor the code a little bit and have a look at the good code snippet which resolved this issue: 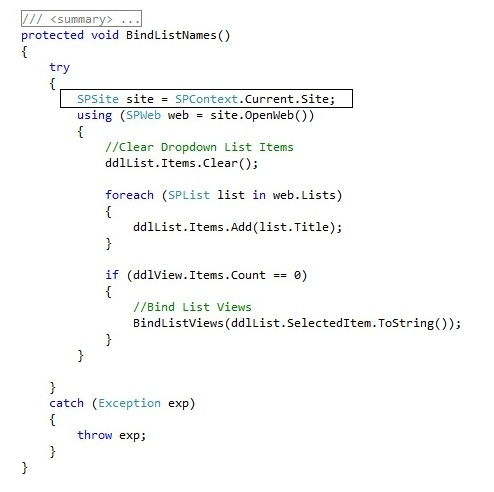 Watch out for the SharePoint Object Model coding best practices at : http://www.sharepointfix.com/2008/12/best-practices-disposing-sharepoint.html
Posted by Mehul K Bhuva at 12/20/2010 03:45:00 PM